- the best early childhood education in the city

A child’s quality everyday life is secured in Ankkalampi kindergartens by filling in the following areas of the customer promise:

• early childhood education in a safe and cozy environment for small groups, in a bilingual atmosphere
• in high-quality and safe premises designed for operation
• produced by skilled, motivated and committed staff.

Our promise is based on our values and speaks to an educational partnership that produces quality early childhood educational experiences for the whole family.

In Ankkalampi, early childhood education is implemented through diverse pedagogical activities based on play, movement, the arts, and cultural heritage, which enable children to have positive learning experiences. We want to provide to every child a safe learning environment where they can learn new things through the joy of play, movement, becoming aware of surroundings and learning. We plan and implement activities according to the child’s age and development. Each child will be met individually, and they will be able to develop in a safe and stimulating environment by practicing new skills. Ankkalampi’s goal is to support the child’s growth and development during the kindergarten day by providing a diverse and safe environment to grow and learn.

Ankkalampi’s early childhood education is based on the Early Childhood Education Act, the basics of the national Early Childhood Education Plan and the early childhood education plans of different cities (Helsinki, Espoo, Kauniainen and Turku). In addition, we have Ankkalampi’s own action plan at our disposal. In addition to Ankkalampi´s own action plan, each unit has its own annual plan. The entire kindergarten staff is always involved in making the annual plan.

Ankkalampi offers high-standard and quality requirements meeting kindergarten facilities that are comfortable and cozy, but also aesthetically beautiful and promoting to learning. When kindergartens are kept as small at size as possible, staff in them can take care of each child, support, comfort and help them with both to grow and development. The goal is to provide a quality everyday life to each child, where they feel safe to learn, grow and develop. The operation of our Ankkalampi kindergartens is based on our shared values, where we promise to provide quality early childhood education with the help of professional and motivated staff, in our small and cosy units, in a bilingual operating environment.

We constantly educate and develop ourselves to meet the expectations of our operations. We greatly appreciate your constructive feedback and development suggestions. Involving children and families is importance to us because work is done in close collaboration with families.

We value cooperation with the supervisory authority, because both the quality of our early childhood education and the safety of our operations are a prerequisite for our operations.

Satisfied customers are a basic precondition for the operation of a private kindergarten. Quality of service is the lifeblood of operations.

In all daycares in Ankkalampi, we implement our idea of a child’s quality of everyday life. Our small daycare centres ensure that the groups of children are small in size and that the activities at the age appropriate level can be implemented in everyday life. The goal of these activities is to raise balanced and independent children who, through successful experiences, gain a strong self-esteem in a healthy way.

Ankkalampi offers daycare and early childhood education for children aged 1 to 6, from Minis to Masters. With the Mini-Ducks we pay special attention to children under the age of three and their needs. With the Master Ducks preschool education is taught throughout the whole school year.

This is how we offer the families of Ankkalampi the best early childhood education in the city!

The story of Ankkalampi began in Kulosaari, Helsinki, when two mothers, who had been school acquaintances, became friends by the sandbox while at home with their firstborns.

Over the years at home, we listened to how many parents were disappointed with the daycare situation; no places, large groups, moldy daycares, etc and even many miles (and therefore minutes) of travel to the daycare if the family managed to get a place. We also noticed, as our firstborns moved into the clubs and half-day care, that our son’s functional bilingualism, achieved in three years with the help of Park Aunt Marianne, was lost. We had more children. Over time, we both needed to put the kids in daycare.

The idea of what we wanted from our daycare was clear from the start. However, the design took a couple of years. “Well designed, half done,” says the Finnish proverb. As for the story of our Duckies, it seems to be true. In January 2010, our first unit opened and today we operate in several cities with more than 20 daycares. Although the responsibility now lies with one of us, we are still working to the same plan: we want to provide the best early childhood education in town! 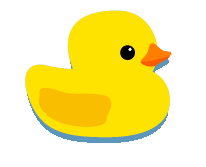